IN his address on 29th December 2020, President Shavkat Mirziyoyev outlined key points of the outgoing year and summed up the goals and objectives for 2021. As per past practice, the President proposed to name the year 2021 in Uzbekistan as the “Year of Supporting Youth and Improving Population Health” and went on to inform the Oliy Majlis or Uzbek parliament about the extensive wide-ranging reforms and changes in the following areas.

Radical Reform of Health Care & Education
In the light of impact of the COVID-19 pandemic he said radical reform of the primary healthcare system, is a vital necessity. A new thrust is set for the field of Science and Innovation with, the number of doctoral students in universities and research institutes going up to 4,500, thrice as much than that of 2017. An additional 240 billion soums will be allocated from the budget for these purposes. Regarding education, he said in the next two years, 250 billion soums would be provided for the introduction of a unified system of “electronic education”. The above followed the country’s challenges in meeting the COVID-19 pandemic. The President said. “In a short time, medical institutions for almost 30 thousand beds were organized in Tashkent and the provinces. Over 200 thousand medical workers, including 150 foreign doctors and specialists, have been involved in the fight against the pandemic.”

“Over 600 thousand fellow countrymen have been returned to Uzbekistan from abroad. The necessary assistance was provided to over 100 thousand countrymen who found themselves in a difficult situation abroad. “

“To mitigate the consequences of the coronavirus, the state took a set of measures worth 82 trillion soums, including the creation of an Anti-Crisis Fund, to which 16 trillion soums were provided from the budget. Over 500 thousand state-owned enterprises and business entities, as well as almost 8 million citizens, received tax reliefs and saw their loans totaling 66 trillion soums deferred.”

“Within the framework of the Kindness and Support movement, over 800 thousand families in need received over 1 trillion soums of material support.” “For this work, a reserve of 3 trillion soums has been formed in the state budget for 2021. These funds will also be used to vaccinate the population against coronavirus infection”.

Structural Reforms for Economy – Reduce State Presence
“An important area of structural reforms is to reduce the presence of the state in the economy,” said the President. On the matter of demonopolization he shared that there is a need to create a free competitive environment in the commodity and financial markets, as well as equal opportunities for entrepreneurs to access raw materials. The President highlighted: “Today there are monopolies in the markets for electricity and gas, precious metals, mineral fertilizers, transport services, and many problems remain in these areas. It is necessary to complete the reforms in the oil and gas sector and energy, as well as the implementation of large projects in these sectors. In particular, in 2021, the formation of a wholesale electricity market will begin with the participation of state and private power plants and consumers.”

“We will also abolish the monopoly and introduce market mechanisms in the supply of natural gas. Thus, producers and importers will have the right to sell, and wholesale consumers – to buy natural gas on the exchange trades. The Uztransgaz company will only deal with gas transportation”. Import duties will be canceled, which is aimed at expanding the private sector’s presence in the liquefied gas market.”

As part of the government’s agenda to step up the privatization of state-owned enterprises 32 large enterprises in industries of strategic importance will see this transformation in 2021. In the area of trade and economic liberalization the President said that excise taxes on 73 items in the food, oil and electrical industries will be canceled in 2021. President Shavkat declared “Currently only 4% of state-owned enterprises purchase publicly. Next year (in 2021), the requirements for transparency in public procurement will be extended to 24 large state-owned enterprises. As a result, domestic firms will be able to sell products to these enterprises for at least 10 trillion soums a year. From now on, all state purchases will be under public and parliamentary control”.

He pointed out that economic growth in Uzbekistan will be ensured, first of all, through the creation of competitive production chains and increased investment for these purposes. In general, for the next year, Uzbekistan has set a task to disburse US$23 billion worth of investments. As a result, 226 large industrial and infrastructure facilities will be commissioned in 2021 he said.

Export Drive & Target
“Entering new export markets will remain one of the most important tasks of the government” said the President. He continued “Next year, it is necessary to step up work on joining the World Trade Organization and large-scale cooperation with the European Union. A separate program should be developed to effectively use the GSP + system preferences in Uzbekistan.”

He stated how Uzbekistan has recently received observer status in the Eurasian Economic Union and how “For a full-scale presence in the markets of the EAEU member states, we need to accelerate work on bringing national technical regulation standards in line with their requirements. In the new year US$ 100 million will be allocated from the Export Support Fund to enterprises for the purchase of raw materials and the production of export-oriented products.” Exporters will be reimbursed 50% of the cost of opening trading houses and stores, advertising costs abroad. In general, the government has been tasked with increasing the volume of exports of goods and services by at least 20% next year”.

Large Scale Infrastructure & Facilities Investments
The country plans to launch two high-speed trains in 2021 and start the electrification of the Bukhara-Urgench-Khiva railway. It intends to invite the private sector to participate in increasing the bus routes between towns as well as villages to province centres. The President revealed that in Tashkent, the second stage of the construction of the overground metro will be completed and a section with a length of 12 km will be commissioned. As a result, underground and overground metro lines will be connected and form a single system. He said that one trillion soums will be allocated from the budget for the improvement of territories, the development of water and road infrastructure around tourist facilities as “It is important of create an interconnected transport network, which will allow you to quickly get to the capital, major cities and tourist centers from everywhere in the country.”

“Hundreds of textile, construction, leather and footwear, food and pharmaceutical facilities will be built throughout the country. Only in the Yashnabad Technopark of Tashkent 11 modern electrical production facilities will be commissioned, thus their total number will reach 17, and the number of working personnel – 11 thousand.”

“New power plants with a total capacity of 760 MW will be put into operation in Tashkent, Navoi, Samarkand and Surkhandarya provinces. An industrial complex worth US$ 3.6 billion and a capacity of 1.5 million tons of kerosene, diesel fuel and liquefied gas per year will start operating in the Kashkadarya province.

Judicial Reforms
Reforms are also set for the judiciary. The President revealed that the principle “one court – one instance”, which is being introduced from the new year, should become the main criterion for ensuring justice, legality and stability of court decisions.  In the matter of the Presidential Elections he said: The upcoming political campaign “will demonstrate the steady growth of political and legal culture, expansion of the worldview and strengthening of the civil position of voters, all our compatriots in the new Uzbekistan.” In closing the President said: ”We will never back down from the path of democratic reforms. No matter how difficult it is, we will only move forward – to new high goals.” 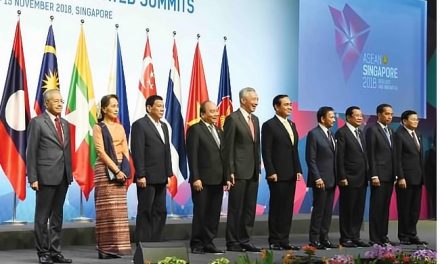 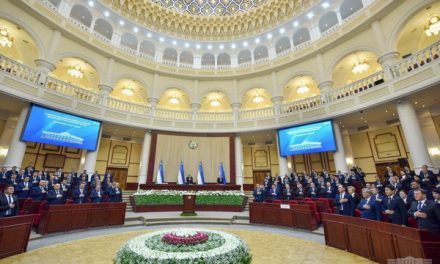 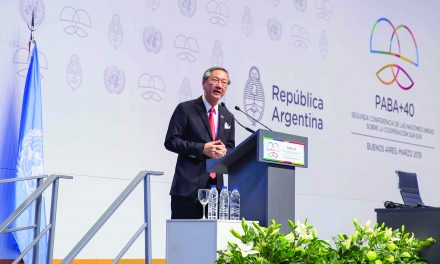 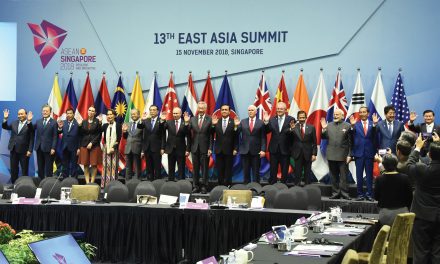